How A Small Trade Company Increased Website Traffic to 250,000 a month

Good stories can be powerful, and stories about success can spark inspiration, hope, and a new-founded belief in readers where previously there was none.

In my 20+ years of experience as a marketer, I know that inbound isn’t for everyone. But when you commit, stick to a plan and watch everything come together piece-by-piece, it can seem almost magical.

Even too good to be true, despite seeing the figures right in front of you - surely there’s a catch?

That’s why I had to share this story, because if I didn’t... well, that’s what you might think, too.

This is a story about inbound marketing...

It’s a story about an Edinburgh company, and how its owner, John Carmichael, managed to get those magical (but attainable) results by working together with me and my team to achieve goal after goal.

So, let’s get this tale started, shall we? I hope you’ll join me for the ride...

It wasn’t until I started speaking with John about the challenges, concerns and sheer amount of research his customers face before buying a new boiler, that the light bulb started to switch on for me; John was actually a perfect fit!

When John first approached me, I didn’t personally see him as being a good fit for inbound. Nor was I sure quite how serious he was about adopting an inbound marketing methodology.

Let me tell you why. His company (Superwarm) sold boilers, which I immediately saw as ecommerce; not the best fit for inbound.

Think of it as when you need a new jacket, or a pair of shoes. You see something you like and then you buy it, don’t you?

There’s not a lot of nurturing involved, because you don’t sit down and do hours of research for those purchases.

My thinking was that people will clearly know they need a boiler, so they’ll simply buy one.

It wasn’t until I started speaking with John about the challenges, concerns and sheer amount of research his customers face before buying a new boiler, that the light bulb started to switch on for me; John was actually a perfect fit!

Another good thing about John was this; whether he was serious or not (I didn’t know at that point), he got the concept of inbound from day one, which made a massive difference to the process.

You see, I can tell people what inbound is and how it works, but if something doesn’t click, they don’t get on-board with the methodology.

They have to understand that inbound isn’t just a short-term sales tactic you can try to get fast results, and then abandon.

It’s something you have to fully commit to, adopt and believe in - and even then, you won’t see results for the first few months.

​That’s why managing expectations from the start is so important with any new client for me. 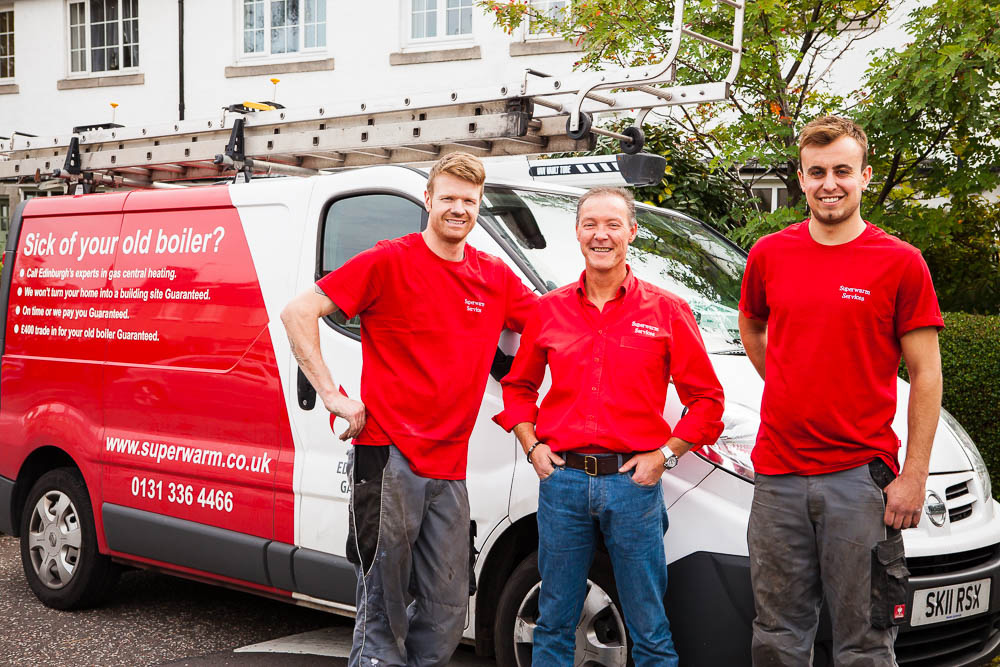 However, before we brought John on-board, we still had to fully understand his business, as we’d only just scratched the surface.

Understanding his buyer’s journey was crucial; what questions people had when they bought a new boiler, their concerns, and the information they needed to make a purchase decision.

We also had to look closely at the figures, and whether or not we could make inbound work to increase John’s sales and revenue.

I had to think about whether we got on personally, and whether I thought he had a good business model; it turned out that yes, he did. After all that, we finally got to the matter of cost, and our very first hurdle.

Just like many potential clients, John initially thought the cost was too expensive for something he wasn’t even sure would work - and I didn’t blame him. It’s a fear that anyone has when there’s money and risk involved.

I thought about this carefully, and I said: “Look John, I know it might seem expensive, but how about I take you on a process of education, and at the end of that process I can show you the value for that cost, by demonstrating the typical return you can expect.

Would you take me up on that?

It turned out, he did - and thankfully, he liked what he heard or I wouldn’t be here writing this story today.

Like many businesses, John was also using PPC to bring in most of his leads and sales.

I remembered thinking to myself, if I had told him that in just over 18 months, he would ditch his PPC completely having increased his sales by nearly £1 million in revenue, he wouldn’t believe me. But nevertheless, I knew that inbound could make it happen.

This also meant addressing a few elephants in the room, including touching on subjects John’s competitors were too afraid to answer, such as price, competition, and sharing in-depth industry knowledge about the different boiler makes and models available - these were the kind of things his customers really wanted to know.

To get the ball rolling, we first had to create an initial 4-month content marketing strategy that complemented, mirrored and reinforced John’s sales process. After all, we knew that his offline sales process worked, but online it’s a very different matter.

People are doing more and more of their own research now, so we had to think about creating content that established his ideal buyer’s trust, addressed their pushbacks, and answered their key questions so that they’d be armed with all the right knowledge to make a purchase decision.

This also meant addressing a few elephants in the room, including touching on subjects John’s competitors were too afraid to answer.

Such as price, competition, and sharing in-depth industry knowledge about the different boiler makes and models available - these were the kind of things his customers really wanted to know.

During this time, John and I were also slowly building up a relationship based on trust of our own - something which is especially important in inbound.

I personally come from a construction background, and know that clients such as John are typically ‘average joes’ who’ve worked hard to build up a business - just like I have.

Because of this early understanding, John was able to listen, take on-board our guidance, and trust that me and my team knew what we were doing.

In exchange, we were receiving his time and expert knowledge to help create helpful, valuable content in the form of ebooks, blog posts and more. It was an ideal partnership.

Saying that, it wasn’t all plain sailing. Just like when any new client comes on-board, John would start to answer a lot of our questions with very specific examples about his own business, rather than answering in more general terms.

So, for example, when asking the main options a customer might look at for buying their next boiler, and their biggest concerns when faced with such a decision, he would start to say ‘Well, Superwarm offers this and this...’

We had to explain to John that he had to think of things a little differently, and to look at things more from a customer’s perspective.

They don’t want to be sold to, and to be frank, they’re not interested in your business; they’re only interested in solutions to their problems.

Finding those solutions and answering their questions helpfully and impartially without pushing for sales is what establishes their trust and makes them go on to become leads. No hidden agendas. 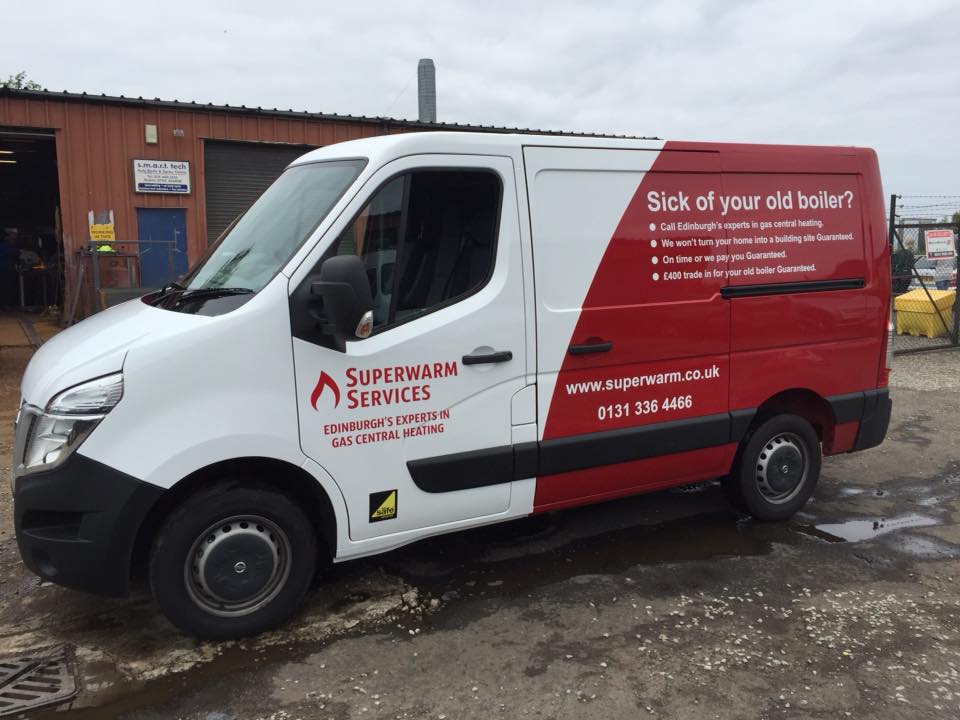 So, that’s exactly what we did, by creating detailed, premium content (such as ebooks) and then matching that content with helpful, informative blog posts that helped draw in traffic to attract the right kind of people to John’s website.

Some of the blog content we covered addressed ‘The Big Five’ - these are the hot topics customers want to know about, and the same topics companies are most likely to shy away from. What’s more, they are universal across all industries.

Talking about these topics was one surefire way to set John apart from the competition, and draw more customers in.

According to leading authority on content marketing, Marcus Sheridan,

The Big Five are:

1. Cost-based content (such as the cost of a new boiler/installation)

2. Problems associated with your solution (such as common problems when buying a new boiler)

3. Product and competitor comparisons (such as comparing other boiler brands)

4. Impartial product and competitor reviews (such as a specific boiler review)

Many companies shy away from these topics because they’re scared that addressing them upfront will scare customers off. At first, John also had reservations, particularly when discussing the issue of cost and talking directly about his competitors.

We had to explain that people want to know how much his boilers cost, they want to know what his competitors are offering, and they’re going to do that research whether he provides the answers or not - so it’s better they discover the information on his website than to go elsewhere.

At the bottom of these blog posts, the featured premium content would then direct new visitors to a specially tailored page encouraging them to fill out a form in exchange for their download.

That’s how people would become leads, before being nurtured with emails to help them further along their buyer’s journey.

It was all starting to take shape, and we had high hopes. However, I knew that it would take a while before things really started to happen.

Want new business on demand 365 days of the year?

Book your free strategy session now and learn how demand365
is growing construction and home service companies by six figures.

By continuing to browse or by clicking “Accept” you agree to the storing of first- and third-party cookies on your device to enhance site navigation, analyze site usage, and assist in our marketing efforts.