GET YOUR FREE ESSENTIAL WEBSITE CHECKLIST FOR HOME IMPROVEMENT COMPANIES

Discover the 25 most important points your website must have to maximise the number of qualified leads you receive.
Subscribe to the Stargazer blog and get your free copy right now → 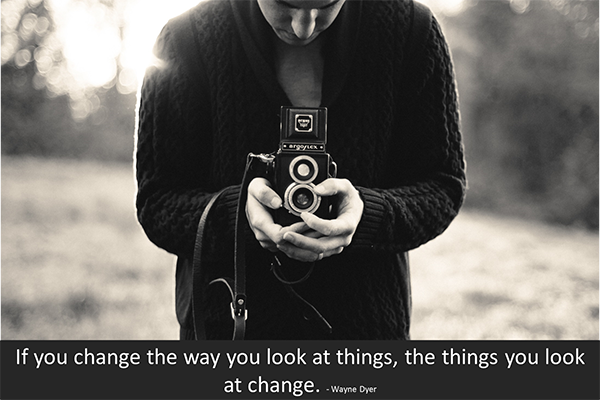 Meet John, the financial and marketing director at Woodstock & Woodstock a large financial company. He has worked in the industry for over 20 years and has seen his company grow from a very small business to a company that now has 4 offices nationwide and a 20 strong sales team.

A long time ago he came to terms with the fact that marketing is hard to demonstrate return on investment.

He knows that what he does works but just not sure how.

However, John has a problem, his marketing budget is no longer working to generate high quality leads and he is struggling to understand why.

His sales team consistently complain about the amount of leads coming through, not only this they say the quality is not as good as they once were.

This is no surprise as 61% of B2B companies send all leads directly to sales, however only 27% of those leads will be qualified.

John begins to analyse where his marketing budget is being spent, to investigate what is not working.

Back in the day yellow pages was a great way for people to see your brand as this was the only way people could find telephone numbers of  businesses.

This has changed, people no longer use the yellow pages as about 15 years ago a company called Google came on the scene and little did we know that 15 years later Google was to be instrumental in changing advertising forever.

John did some research and started to learn about inbound marketing and discovered the way people where finding and evaluating businesses had changed.

Google gave the consumer the power to research financial services themselves. They no longer needed to contact companies directly when looking for services.

It is estimated that 61% of internet users research products online.

John has a very talented sales team that spends over 30 hours a week each on the phones talking to people who may be interested in their products.

But news from the sales team is that they are having increased difficulty in getting to speak to people on the phone as they seen uninterested in what they have to say. John did some more research and learned that people no longer want to be marketed to in this way as 90% of cold calling ends in failure and only 5% pick up the phone.

John realised that this was a huge waste of resources and time.

Not only this, it can send the leads to sales that are sales qualified which means a much better use of resources.

When John began to analyse his print advertising budget he was sure that this must still be generating a great lead stream, although he could not exactly contribute ROI to this, he was sure it was working.

So John turned to the mighty Google for answers to reassure him that all was right in the world of print advertising.

Unfortunately John was to be disappointed when he read headlines like

“For the First Time, More People Get News Online Than From Newspapers”

“This Is the Scariest Statistic About the Newspaper Business Today”

John was beginning to have an idea.

“Wouldn’t it be great instead of spending my marketing budget on pushing our message out I could build an inbound website that actually drew our target market to us.”

This would be great as every pound he spent on marketing would actually go to building an asset for his business.

The problem with his current marketing was that when he stopped paying the leads dried up. Furthermore,  it was getting less successful over time due to changes in consumer behaviour.

£12,000 a year on Search Engine Optimisation

John is beginning to learn that no man is an island or no SEO is an island. Although his SEO Company has been doing a great job of driving traffic to his website, it doesn’t seem to be generating him many leads.

He has also learned that SEO on its own doesn’t work, hence the saying “no SEO is an island”.

He has been with his SEO company for a few years now and has seen them change strategies to counter act Google’s algorithmic changes.

John has also discovered that these changes Google sometimes make are to stop people from trying to get their website up to the top of Google unfairly.

This is why the SEO company has to keep changing their strategies because Google deems them unfair.

He then came across this quote from the head of search at Google, Matt Cutts when talking to the New York Times.

“One piece of advice I give to S.E.O. masters is, don’t chase after Google’s algorithm, chase after your best interpretation of what users want, because that’s what Google’s chasing after.”

This was playing nicely into his plan for inbound marketing as by creating quality content that his prospects and potential clients are looking for  will not only drive traffic and leads to his website, but also gain  favour with Google.

John’s advice to other companies with financial lead generation problems

It seems that these old outbound marketing techniques that John had been using for years (yellow pages ads, print and cold calling) were not working anymore and were just a drain on his budget.

John now works closely with an inbound marketing agency where they are working hard to build great content that helps answer his prospects questions and address their pain points.

His website is now attracting some great traffic that is generating leads and sales.

His sales team are a lot happier as marketing is now sending them plenty of sales ready leads.

These leads are glad when John’s team pick up the phone to connect with them as they have already shown an interest in their financial services.

What financial leads generation methods are you using?   Are you finding it difficult to demonstrate real return on investment?

We would love to hear your comments below.

By continuing to browse or by clicking “Accept” you agree to the storing of first- and third-party cookies on your device to enhance site navigation, analyze site usage, and assist in our marketing efforts.